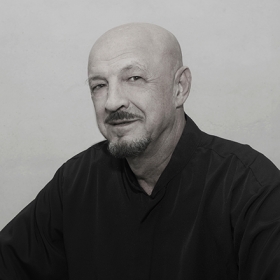 Greek bass, he was born in Athens. He holds a diploma in singing from the Athenaeum Conservatory, Athens, where he studied with Marina Krilovici. In 1986 he joined the Chorus of the Greek National Opera, where he has sung in numerous opera and operetta productions including Die Zauberflöte, Il barbiere di Siviglia, La bohème, Tosca, La traviata, Manon Lescaut, Rigoletto, Macbeth, Die lustige Witwe etc. Since 1993 he had also been a member of the Greek National Opera Children’s Stage, where he performed many roles. Moreover, he has sung in productions at the Athens Concert Hall, the Radio Broadcasting Corporation and abroad. He appears regularly in concerts and has worked with most Greek symphonic orchestras.