Libretto
Vangelis Hadjiyannidis, based on Emmanouel Rhoides' novel of the same title

* In line with the precautionary measures announced by the Greek State for the protection of public health, the Greek National Opera announces that the third performance of The Papess Joanne scheduled on 22 March will also be suspended.

The commission is made possible by a grant from the Stavros Niarchos Foundation (SNF) to enhance the Greek National Opera's artistic outreach.

The Greek National Opera commissioned composer Yiorgos Vassilandonakis to write a new opera on the occasion of the organization’s 80th anniversary. The Papess Joanne comes to the Stavros Niarchos Hall 154 years after the release of the “antichristian and malevolent” novel of Emmanouel Rhoides. The libretto, which bears the stamp of writer Vangelis Hadjiyannidis, is based on Rhoides’ notorious novel, which was severely criticized in its time due to the harsh criticism it unleashed against the representatives and practices of the church. The new opera, which Vassilandonakis composed within a two-year period, is two-act and divided in 15 scenes. The multi-awarded composer and university professor, who has written music for orchestra, chamber ensembles, voice and chorus, electronic and multimedia music, opera and many works for the cinema and theatre in the USA, notes: “My goal was to portray a restless and unconventional spirit, a tragic and at the same time romantic figure, that is constantly transforming itself, destroying and reorienting itself against everything, to the very end. The heroine meanders in two music universes. The first tries to listen to the historical and geographical context of the work, acting in a descriptive capacity. The second intervenes in a psychological, emotional, spiritual, underground, abstract and transcendental manner, echoing from times to times Rhoides’ voice. These two music worlds sometimes operate autonomously, and other times coexist or come into conflict. The compositional approach is modern, free and open to music elements, techniques and processes free from time or style limits. It starts with sounds which function in a narrative capacity and then acquire music substance as sources of harmonic and timbral material, building a parallel musical narrative which serves and develops along with the inner world of the characters and the dramatic structure”.

The new opera’s direction has been assigned to one of the most prestigious theatre directors of the young generation, Dimitris Karantzas. The director notes: “The performance, based on Vangelis Hadjiyannidis’ very condensed libretto which preserves Rhoides’ style unaltered, follows the course of the Papess Joanne through very short fragmented poetic images. From ignorance to knowledge, from innocence to maturity and power. Everything underneath a sky that will trap and suck them up. Yiorgos Vassilandonakis’ composition is an unexpected modern proposal”. 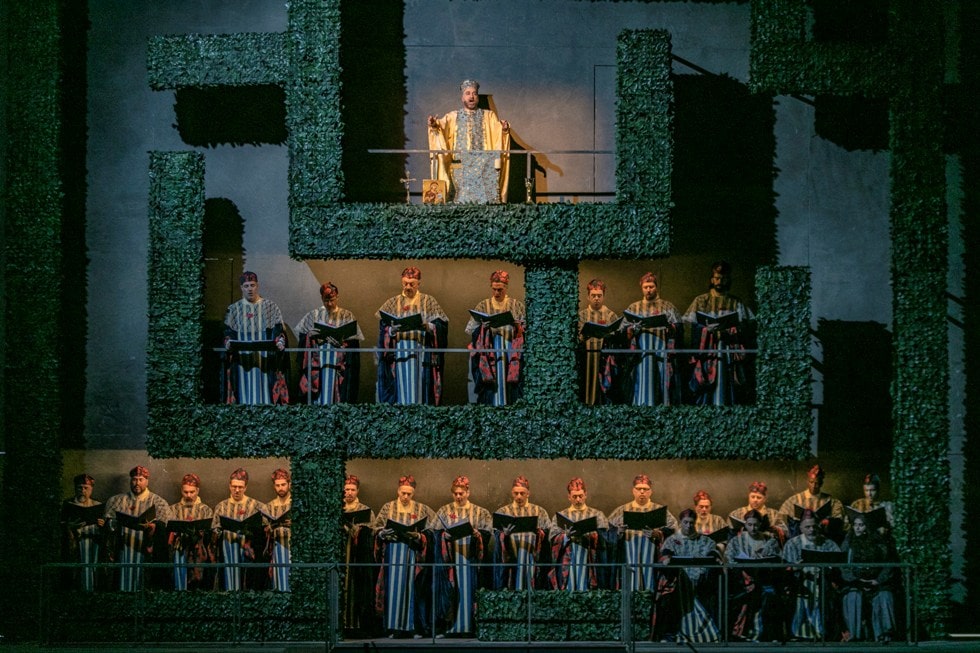 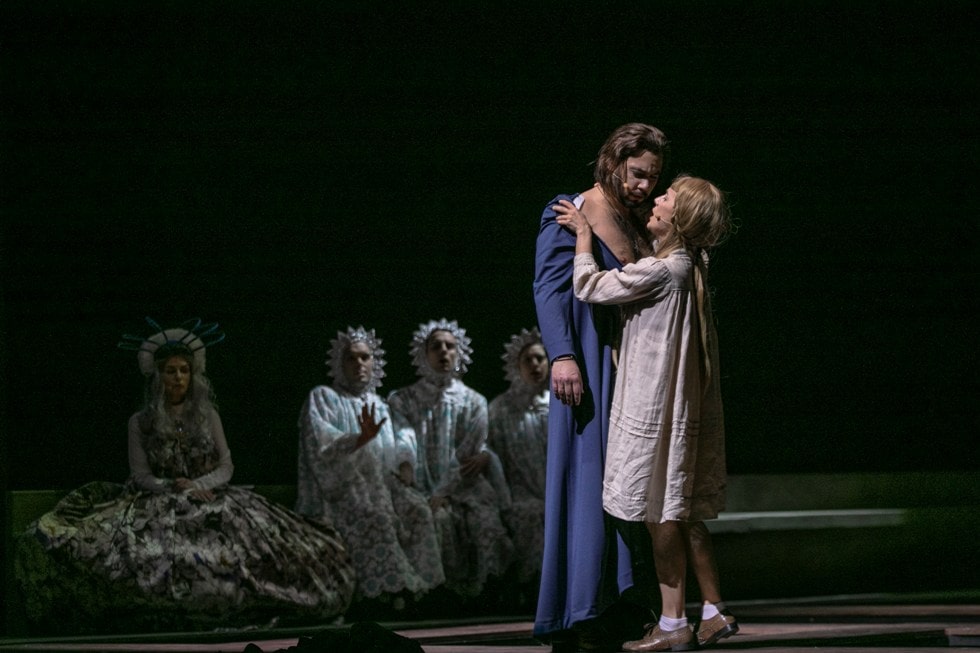 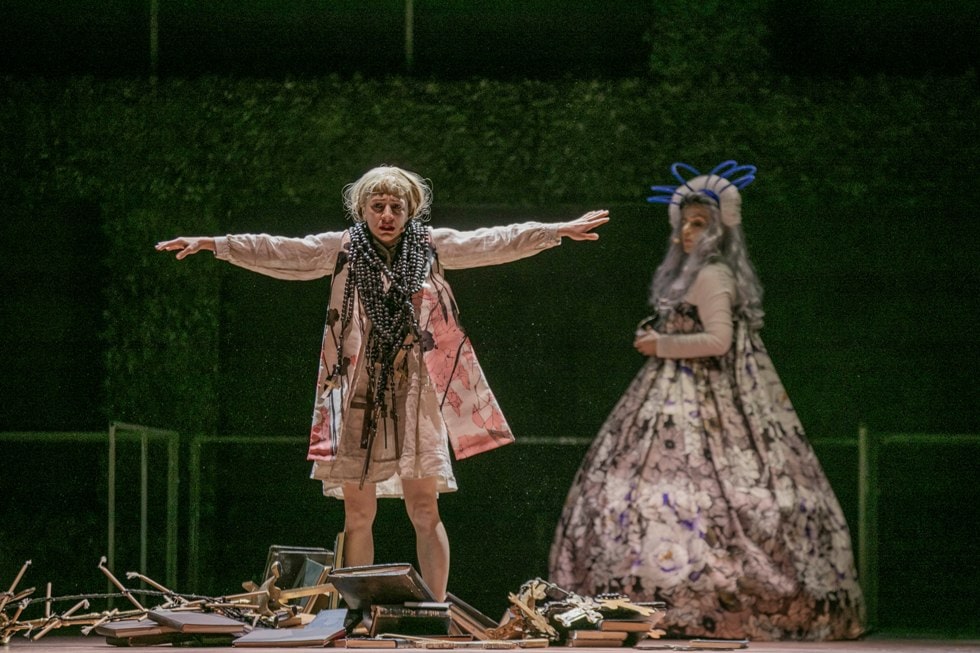